You don’t know any French? Not a word? You would like to take French classes at the Orange County Lingual Institute, but you are not sure if you can memorize all the words? Don’t worry, you already know many French words. Did you know that approximately 28% of the English vocabulary is of French origin? Those words derived from, or were transmitted by, the Anglo-Norman spoken by the upper classes in England for several hundred years after the Norman Conquest, before the language settled into Modern English. I am pretty sure you recognize words like garage, competition, conversation, café, restaurant, justice, liberté, fraternité, egalité, and many more. In most cases the pronunciation of the words is really different nowadays and sometimes one or two letters have changed as well. But if you read a French text, you would probably be able to understand many of the words. Unfortunately, that doesn’t work if you listen to people speaking French. Their pronunciation is so very different that you wouldn’t understand the words you would definitely recognize if you saw them written down. This is why you should learn French at the Orange County Lingual Institute. Also, even though you may recognize many French words, sometimes they only appear to be the same. These so called false friends can be very tricky. Who wouldn’t think that une lecture is a lecture, une librairie is a library and un collège is a college. But no, that would be too easy. Une lecture is a reading, une librairie is a bookstore and un collège is a middle school. So, the meaning is not totally different, but confusing enough if you try to find a library in France. To find out who these false friends are, you should take French classes in Orange County. 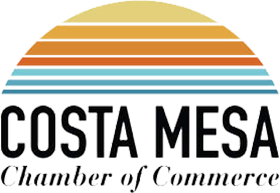